A diary of my mothing activity covering highlights and photos from my moth trapping activities. Mainly Norfolk (UK), occasionally beyond. I may mention other wildlife sightings here, especially insects, but for birds see my birding diary.

Hornet Rove Beetle and other beetles from last year

As I begin to embark on a series of posts covering a summary of 2019's observations (having completed zero blog posts about them during the course of the year), I discovered that I still have an unpublished post relating to 2018's records.  It concerned a number of beetles that I had set aside having found them too difficult to identify at the time.  Coming back to them in 2019 I managed to make a bit more progress.

They include what now becomes my first Curtonus aulicus on 12th April, and remains my only record for the garden. 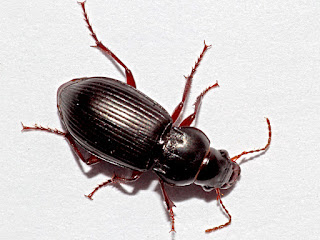 
Two tiny Meligethes pollen beetles beaten from some blosson at Bittering on 13th April proved to be different species.  One was what I understand is by far the commonest Meligethes aeneus but the other was more interesting: Meligethes brunnicornis. 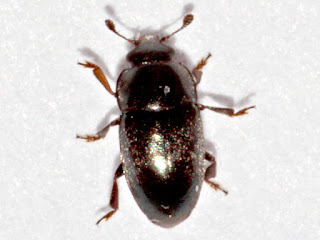 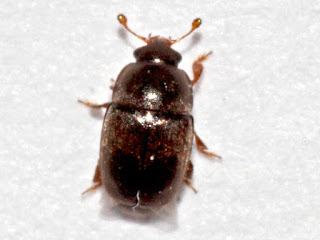 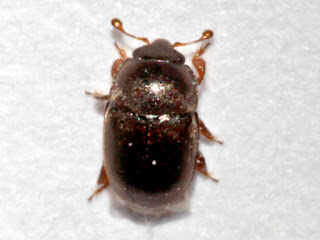 
Another new beetle was Harpalus latus, from the track by the dunes at Horsey. 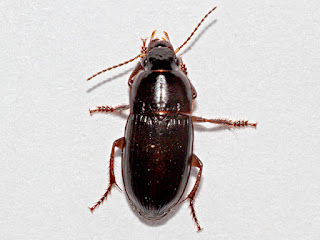 
I really struggled with the keying of two similar (though not identical) beetles, one from Horsey on 18th April and the other from St Faith's Common later the same day.  In the end I'm pretty happy they were both Amara familiaris.  Another new species for me, albeit apparently very common. 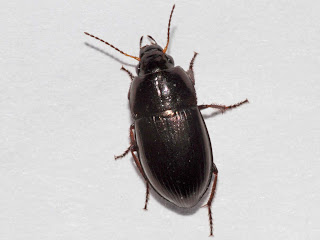 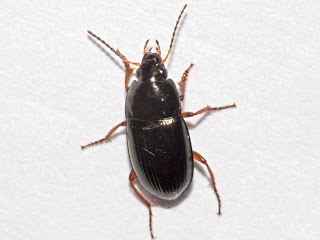 
Several more pollen beetles proved to be Meligethes aeneus but one that was attracted to a Red-belted Clearwing pheremone lure at home on 22nd April turned out to be the much scarcer Meligethes pedicularius.  Shame I only got this rubbish photo! 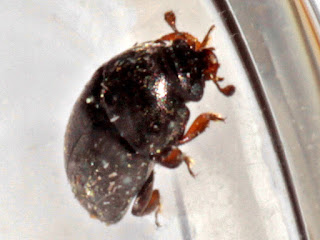 
I'd managed to identifiy one of these from the Cathedral Meadows so not sure why I struggled so much with this one, but anyway, this was my first Enochrus melanocephalus for the garden. 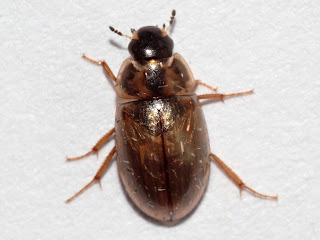 
I initially had some difficulty keying this large rove beetle.  Superficially a little bit like Devil's Coach Horse Beetle but some pretty obvious differences from that and its congeners, not least the hairless and more-or-less shiny head and pronotum.  Eventually I figured out what it was.  Actually it should have been pretty obvious from the start - it's a Hornet Rove Beetle Velleius dilatatus.  That's actually a pretty decent record - undoubtedly my best beetle to date.  I have checked it with Martin Collier the county recorder for beetles and not only does he agree with my ID but he also confirmed that it's only the fourth record for Norfolk!  I imagine that the fact that it was an excellent year for Hornets may have benefited the Hornet Rove Beetle as well? 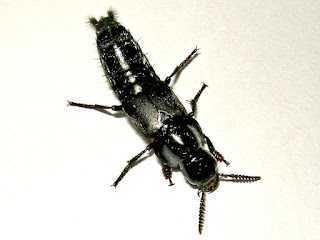 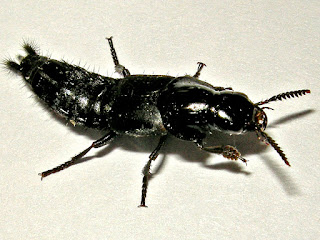